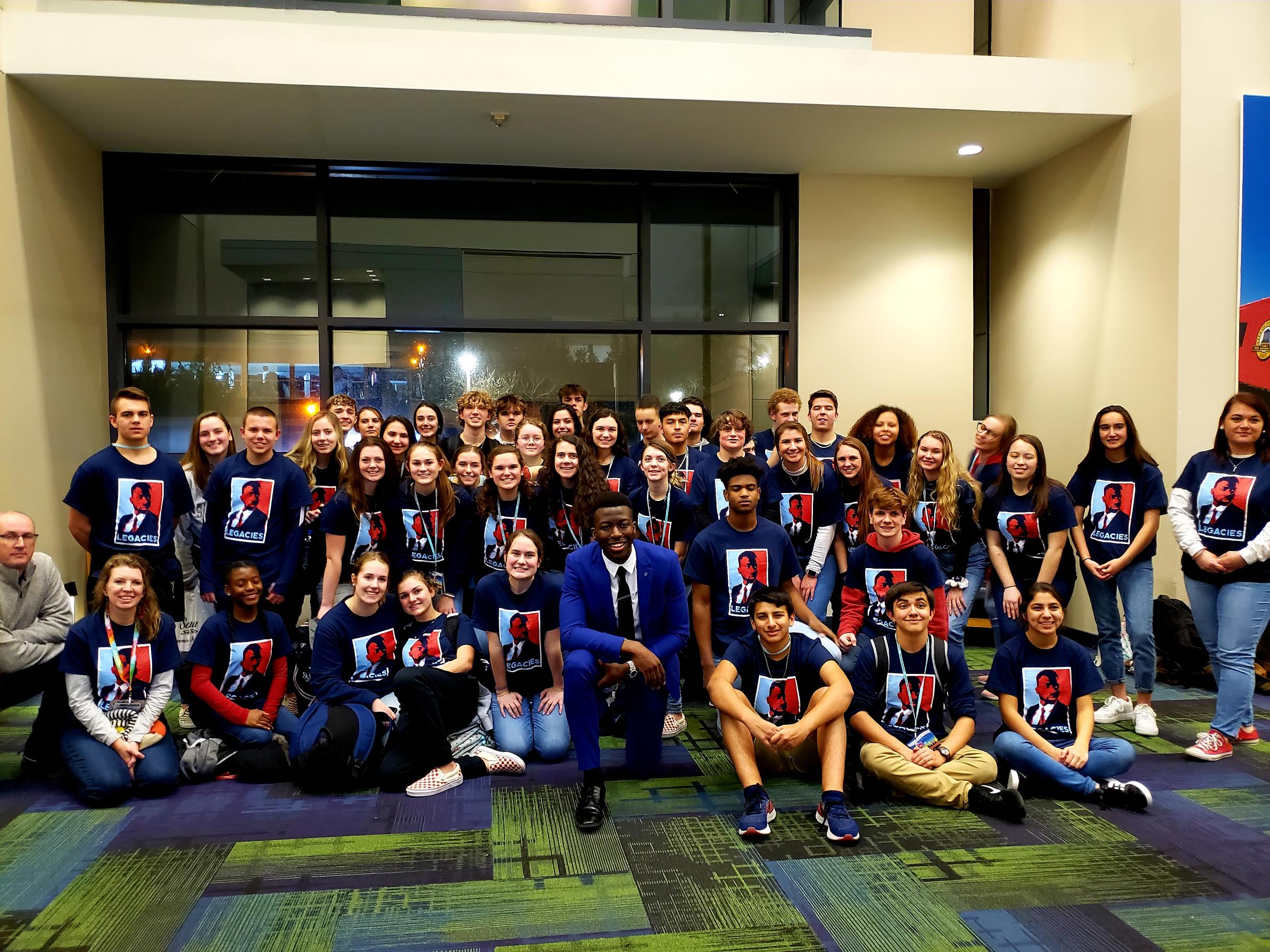 On January 24, 2020, at the Georgia Beta Club Convention (BetaCon) in Savannah, two Harvester students were honored in front of over 2500 statewide Beta Club members.  Bamidele Idaomi, a junior, was elected vice president of the Georgia chapter of Beta Club.  His skit and speech on why he is the best person for the job won the hearts and minds of the delegates.  Nicolas Miranda, a sophomore, received first place in the 10th Grade Science Competition.

Bamidele will represent all 479 Georgia chapters of Beta Club after besting 5 other candidates for the vice presidency. His election will afford him ample leadership opportunities and leadership seminars throughout the year as well as an invitation to the National Beta Convention in 2020 and 2021 and the option of running for a national officer position.

Nicolas Miranda’s 1st place finish in the science competition earned him an invitation to the National Beta Conference in Fort Worth Texas in June 2020.

Harvester Christian Academy also had a strong performance in the performing arts category.  The Praise Band sang “Everything Comes Back to You” by Niall Horan.

In total, 44 Harvester Christian Academy Beta Club members attended the state convention.  Harvester is a Beta Club School of Distinction and a Beta Club School of Merit, awards given to the school for providing “a path for improved academic performance and character development.”  Art teacher, Chaney Billips, and middle school science teacher and STEM teacher, Tarrah Walston, are the senior Beta Club sponsors.

Beta Club’s mission is “to promote the ideals of academic achievement, character, service and leadership among elementary and secondary school students. To reward meritorious achievement and to encourage and assist students in continuing their education after high school.” There are now more than 500,000 active members and more than 8,750 clubs nationally and internationally. It has become the nation's largest independent, non-profit, educational youth organization.